Nov 2011 – Update on Liz, and David World Tour in August/September

Thanks for all your amazing support and prayer for Liz

And for my tour to Singapore and Finland

Liz is ok, and not having any further immediate treatment at the moment for her lymphoma. It is a journey ahead – please do keep praying for her complete healing thanks

Hosted on 2 farms with the Reas and Elders – yay – thanks guys!

Best ever ministry trip in so many ways

Finland – did a big road trip on the first weekend

Joensuu -2 gigs at Gospel festival -African guys helped to break out the dancing in both meetings!

A number of key town and business leaders were touched

Played with some of the band from last 2 years – cello, percussion and vocals

Titta and friend danced so beautifully.

Hameenlinna – My great friend Max M and family hosted me, and publisher Paiva (Merja
Kiitti!) were very kind as always

Incl Caledonia Girl (written for Liz for our 20th), Tapestry now called ‘Something beautiful’, ‘Desired haven’, ‘Well of life’, ‘When love lies broken’ – will get some lyrics to you soon

Other songs like ‘Love and let go’ are also needing to be recorded – God is really pulling a lot out of us, as ever when things seem the most challenging!!

Singapore – fantastic worship weekend with a new bunch of friends

Dancers – a group of 4 women were such a blessing

Response times were powerful, and even senior pastor responded at the end of meetings.

Delight to walk and play over people throughout the weekend

Sold a good number of the Cds, which were all signed – love the Singaporeans enthusiasm!

Integrity Asia have been so helpful and insightful in opening doors for our ministry – thanks guys!

He’s written the 14 tracker to encourage the listener to promise to spend more devotional time with God, and filled it with music with is overflowing with God’s promises of grace and love.

Morris, who has spent three years on this project, recently told Challenge Weekly the album had “a very intimate acoustic guitar emphasis; it is more like having me in your lounge, this kind of intimacy rather than the big live worship which some of my other albums have”. Such intimacy, it seems, was discovered by the likes of legendary blues musician Eric Clapton more than a decade ago when he recorded his Unplugged album and sparked a whole series of albums by artists abandoning the big band sound for the acoustic guitar.

Morris, in taking such an approach and adding just a few other instruments to the mix, has come up with a very gentle album which had me turning the volume up so as not to miss any nuance as I listened while I drove.

Of the 14 songs The Stolen Years, inspired by Joel 2, resonated with me the most because it offered such hope. Then, I discovered a hand written note from Morris on the envelope in which the CD had arrived. “Track 3, Stolen Years, a good one for Christchurch – God can restore!” It included God saying, in its chorus: “I will repay the stolen years, soothing balm for all your fears/Wipe away every tear/I will restore the wasted years, sweetest music to your ears/Through the gloom, light appears”. And one of the choruses includes the wonderful guarantee: “Everyone, call on the name of the Lord and be saved”.

The first track, Glory to the God of Grace and Truth, introduces the listener to the Gospel of Jesus Christ. It is followed by Be Exalted, Father, in which Morris adapts lyrics from an A.W. Tozer poem to praise the trinity. You Are Good Lord follows The Stolen Years and compares Christians to “trees planted by the water” in a time of drought.

If you thought George Matheson’s hymn O Love That Will Not Let Me Go, written in 1882, was moving try Morris’ adaptation. Matheson said of the hymn: “It was the quickest bit of work I ever did in my life. I had the impression of having it dictated to me by some inward voice rather than of working it out myself. I am quite sure that the whole work was completed in five minutes, and equally sure that it never received at my hands any retouching or correction. I have no natural gift of rhythm. All the other verses I have ever written are manufactured articles; this came like a dayspring from on high.” Morris’s version is quietly contemplative.

O Lord You Are Our God is a reflection on Isaiah 25, Embracing on Joshua 22. Dancing In Heaven was written for the funeral of Jane Peters, a family friend who had multiple sclerosis. Good Shepherd puts to music Jesus’s promise to lay his life down for his sheep. For Such A Time As This reflects on Morris’s time of ministry in Finland.

Change Me was written for Morris’s baptism, in England, in 1986. Your Kindness Calls Us To Repentance speaks for itself, as does Harvest Fields of Finland where Morris obviously had so many God times. Holy Spirit of God, which closes this album, is a benediction of types as it asks “Holy Spirit of God, fall upon us”.

This is, indeed, a beautiful album.

Prolific and popular New Zealand singer/songwriter David Lyle Morris has completed his 13th album. I caught up with Morris at his house recently to chat about his new album Devotion and his plans for this year. You wonder how Morris finds the time to make an album. He is active in ministry and manages to pop up at events around the country, the most recent being Parachute Music festival in January and last week’s the New Zealand Christian Leaders’ Congress, where he led worship.

He was enthusiastic about Parachute and said it was great to see worship artist Chris Tomlin and preacher Louie Giglio ministering at the event. “They have had had a positive influence on music and the youth scene in the United States in recent years,” he pointed out.

Morris also recently did some ministry in Finland, and he now plans to go to several cities where Rugby World Cup match events will be held, to hold concerts. He takes any opportunity he can to minister in churches around the country.

Devotion was three years in the making and, says its creator, has “a very intimate acoustic guitar emphasis; it is more like having me in your lounge, this kind of intimacy rather than the big live worship which some of my other albums have. “The emphasis is on Scriptures that have helped me, my wife and some friends, in issues we have been through. This includes grief over marriages, death of peers, family issues — and the whole economic recession which we have been going through,” explains Morris. The music on the album, he adds, would work “really well in a devotional”. “It is good for listening to during a person’s devotions or quiet times. It is intended for all Christians, but I believe God will minister through the music and lyrics to people facing hard times”. “Maybe we are being thrown on God in a new way. It is a time to trust God. We have to turn to God. God can renew, restore, refresh in miraculous ways. There is hope and we can trust in God.

“The deliberate intention was to identify with people’s pain in the songs so that they can find release from what they are feeling, and more importantly in the spiritual sense that the biblical lyrics should bring healing when people soak in them. The music is helpful, and has a Finnish string trio included”.

Morris said he felt that a key song was The Stolen Years, based on Joel 2, saying that God would restore “the years that the locusts have eaten”. The singer said the song had the sense that God wanted to restore people, that his heart was to replenish and restore people, so we could have hope even when all seemed lost.

The song Dancing In Heaven relates to a woman, Jane Peters, who was wheelchair-bound with multiple sclerosis. Jane, who was the wife of Auckland pastor David Peters, died in 2007. “Jane lived a beautiful life and I was asked to write a song for her funeral,” he explained.

You Are Good Lord is based on Jeremiah 17 and the promise of God that “we can continue to bear fruit even through dry times. As Christians we can have a greater hope than people who do not know Christ and who rely on material things”.

Be Exalted Father was inspired by a poem written by A W Tozer in his book The Pursuit Of God. “It speaks to our materialistic age, especially in these challenging times and is a prayer that we place God above possessions, friendships, ambition, family, health and even life itself. I read the poem and it totally blew me away,” added Morris. 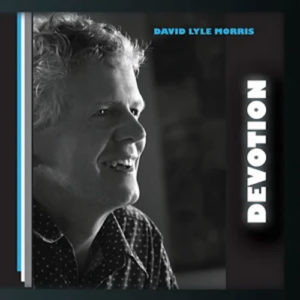 Free entry but please buy a CD
Please do come and pass the word on! All welcome

August – Finland and Asia
David will be in Finland 10 to 22 Aug to follow up on the new Cds and possibly record another one, which I am collaborating on with the band there
Singapore stop wekend way back,  25 to 28 Aug

For possible outreach concerts, training and Sunday service ministry etc
Supporting the Scottish rugby team as we travel around!