David has been in hospital for a week, with a nasty appendix having to be taken out.

He is about to begin solo sessions on a new acoustic album (working title ‘Devotion’) with kiwi producer Evan Cooper (formerly of Detour 180 – drummer). We would appreciate prayer as he gets himself back to full fitness and works to hone the songs with the Lord’s inspiration/revelation, and Evan’s wonderful talents in songs and percussion and production.

We hope the album will sound more like David’s solo and small band live sessions and give room for concert/ministry/item songs, as well as the usual songs/hymns designed for the church to sing. There will a couple of old classics too, that never made any CD before!

Lots of love to you all in Jesus,

David (leaving hospital I hope at the beginning of June) 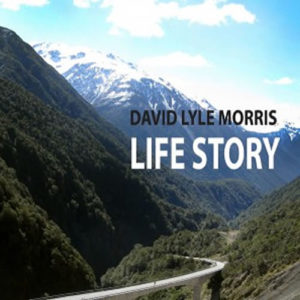 Free entry, but please buy a CD!
Live versions of album songs to enjoy
(best of songs prior to ‘Trust’)
I will play some brand new songs too…
Will let you know when we can get this CD listed on our website for orders

It was so good for us all, and especially Liz, to spend two weeks time with friends and family, after three years. We spent time sledding and enjoying a freezing night of Rangers football (6-1 win!).

We always feel so at home in ‘the province’, and we have been coming for 13 years since Euan was a baby! We had an amazing two weeks with our special friends the Rogers, and their family, church and businesses, as well as catching up with many other friends.
Liz preached powerfully two Sundays in a row – on hope, and then destiny (from Esther) and prayed over many, while David supported in worship and singing over people. David also sang and spoke at another church on the Sunday nights, where we were kindly accommodated in the church flat. He sang and spoke at the Coleraine House of prayer , where good friends Andy and Ian take a big lead, which was a really inspirational time.

This was a breakthrough time in Ireland for Liz in ministry terms, with a greater desire for us to minister together, which we touched on before the boys were born, but we have been waiting a long time for more opportunity. It is good our first invite back in NZ is to minister together at a church weekend away (Northcote Bap 13,14 March)

Finlay also contributed with songs and haka in church and school settings. Euan showed his gifting with younger kids wherever we went, and also his business mind, looking after CD sales.
We have again seen God’s amazing provision in so many ways throughout the tour. One example would be in health, where David had a heavy cold and sore sinus in Finland, but knew God’s supernatural strength for the recording and had no throat issues despite the freezing temperatures!

It has been brilliant to have the family here in the Snowy North, for the first time in 10 years (I have been back many times since, but alone). We have been ministering in the nation for 17 years, and have such a deep love for the snow lands and the people.

This time we had new hosts in Jarmo and family and we had a blast, with our four kids, though theirs being much older, getting on like a house on fire!
We focused on the live recording, with rehearsals prior to the Saturday night recording. This team of young Finns and I have worked together the past two August missions, and our friendships and ministry are growing deeper all the time.

We felt this would be a breakthrough experience for many of the young team in writing and ministry, as well as for us, as we have prayed for many years to be able to record with Max and in Finland itself.
The night was so special where we recorded in a beautiful old timber chapel, bathed in snow and candlelight.

Liz had a profound angelic experience when we sang our older song ‘Holy Spirit of God’ which the Finns had rearranged and translated. As Laura the lead singer called out in worship, Liz felt she was somehow calling down heaven, and the building and PA shook! We had to retake the song later for the album sake, but that moment was so releasing. We found out later that there is a strong tradition among the Sami people of Lapland of calling to the spirit-world in song, and somehow Liz felt that Max and I from the Pacific were meeting the Finns in a ‘Holy Spirit of Jesus heart cry’! God is so good.

Our brand new song written for the mission ‘The harvest fields of Finland’ took on a wonderful life of it’s own as we worked with it during the week, and it was presented with a fabulous powerpoint presentation of Finland’s natural beauty.

( I will send you some of these, and other band shots are attached)

The boys loved sledding and skating here too. The snow was as heavy as they have seen in Helsinki for decades, so we really felt we have been in winter wonderland.
David will return in August for the 3rd annual city mission and the launch of the album – see the songlist of our songs which made the cut below.

1. As long as I may live (I will only love my Lord) –“ Heavenly man “ song
2. Before our God (We in Christ are one) Galatians 3
3. Holy Spirit of God – in English and Finnish (see Chorus lyric below)
4. The harvest fields of Finland – lyric below
5. We live in the shelter (Psalm 91)
Along with
‘Jesus all for Jesus’ from N Ireland which they love.

The Finnish songs included two great new ones from young Finnish writers we know, some other powerful new Finn songs, and a translation of Kiwi Brooke Fraser’s ‘Hosanna’.

The church ministry was a blast, with the album team leading worship, but not least because Liz had the chance to pray and prophecy over many of the team after the service. She has been on a roll! This church provides most of the musicians to the team, and again I have been building a strong friendship over the past 3 years.

It was a blessing to minister with Max as always and great to see him and Jussi and their families rapidly growing up. We saw many other friends who have been so loving to us over the years. It is a second home in many ways.

The publisher ‘Paiva’ working with the production is going to distribute the ‘Trust’ CD for us as well, and publish some sheet music of our songs.

We sent some of you news from there. It is repeated below if you haven’t seen it.

Integrity Music were excellent hosts, and produced a great new compilation CD ‘Life Story’ for us. We will launch this in NZ Sat 20 March.

Our Saturday ministry included a deeply moving seminar in the morning with a group of Brethren Churches.
To show you how profound and contested this was – one of the female musicians we worked with was moved to tears as we ‘workshopped’ some songs. Then soon after she had her handbag stolen from within the sanctuary, including a large sum of cash and her identity card etc!

The Saturday night Christmas outreach concert was a very anointed time, and Finlay brought the house down with the two songs he sang with me! There weren’t as many seekers as the church had hoped for, but a number of young people were touched.

Sunday I contributed songs at two other services. The first was superb for new friendships that will bear fruit. The second was amazing as the band comprised some professional musicians from Colombia! They were so groovy to play with. The speaker was a legendary missionary for 32 years, including time with some of the most primitive tribes.

We were so inspired and challenged by his stories of prisons and prostitutes. In his local prison there are lifers who are pastors, with cell churches in the cells, and the community bring their sick to prison for the amazing believers there to pray for them! The stories roll on…

Monday I met an inspiring 37-year-old Pastor who helps to oversee 6000 churches in the region alone!

We had some lovely family time in the Zoo on ‘night safari’ and made some super new friendships. We were blown away by the Christmas lights on Orchard Rd and amazed at the heat!

Thanks so much for your prayers. Love to all and have a great 2K10.